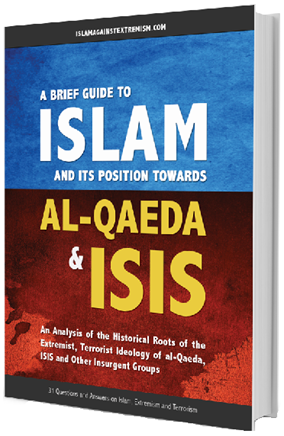 This is a much needed, concise and useful handbook for presenting an understanding of the basic foundations of Islām to non-Muslim audiences of varying backgrounds. It discusses the historical origins of al-Qaeda and ISIS, which return to the misguided early Khārijite sect and its extremist doctrines. It also addresses many misconceptions held by non-Muslims due to media coverage of the extremism and terrorism of these groups. The book will also be helpful for Muslim institutions such as mosques and schools. It can be used by these organisations to educate their audiences on how to challenge this extremist ideology and how to buffer their communities from the mendacious propaganda and dedicated recruiting efforts of this very small, outcast, yet very vocal band of extremists.

The first twenty or so pages provide a basic introduction to Islam. The next thirty pages or so detail the historical appearance of this ideology in the form of the Kharijite sect. Their statements and activities show how the doctrines of extremism in takfir, "ruling by Allaah's law" and "jihad" were part and parcel of their claim of "establishing a caliphate". This provides the background for analysing and evaluating the revival of this same doctrine in the 20th century at the hands of ignorant thinkers and how this led ultimately to the appearance of al-Qaeda and ISIS. Then a variety of misconceptions are dealt with, those that are common on minds and tongues of non-Muslims on account of what they see, hear and read through the print and digital media outlets. View table of contents.

How to Benefit and Distribute

Make at least one complete reading yourself. Purchase as many copies you are able and then distribute in the following ways to both Muslims and non-Muslims: Give to friends or family; all the houses on your street; every teacher in your local primary school ? send via post to make sure it reaches them directly; every teacher in your local secondary school; every lecturer, professor in your local university; every local politician; local journalists; local churches, synagogues or religious institutions. You may print and include the useful cover letter (available here). 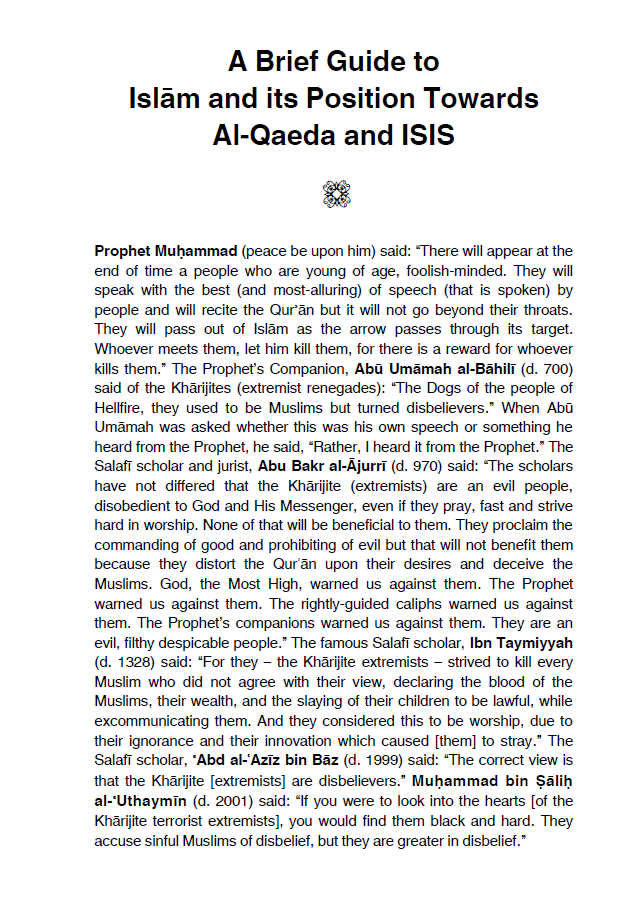 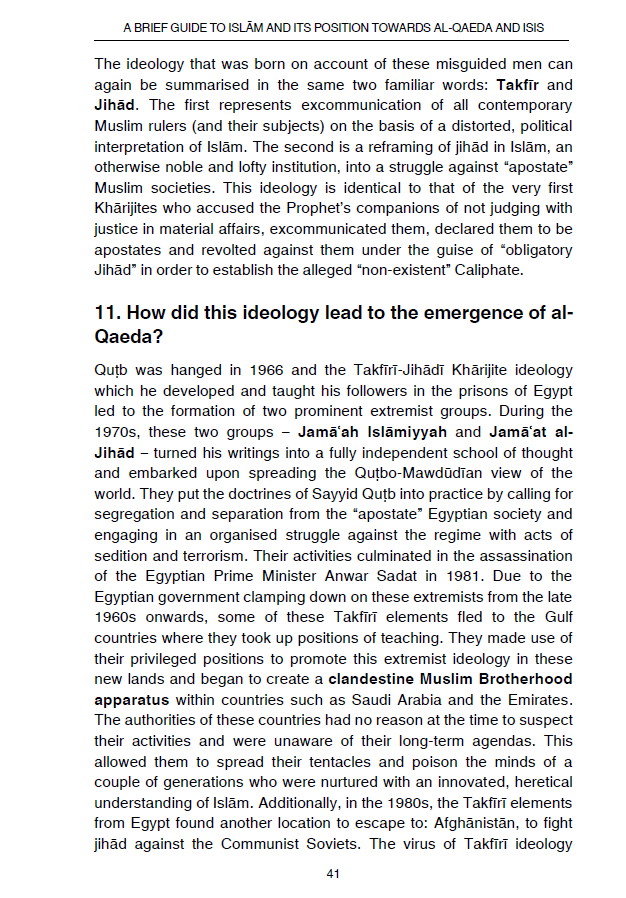 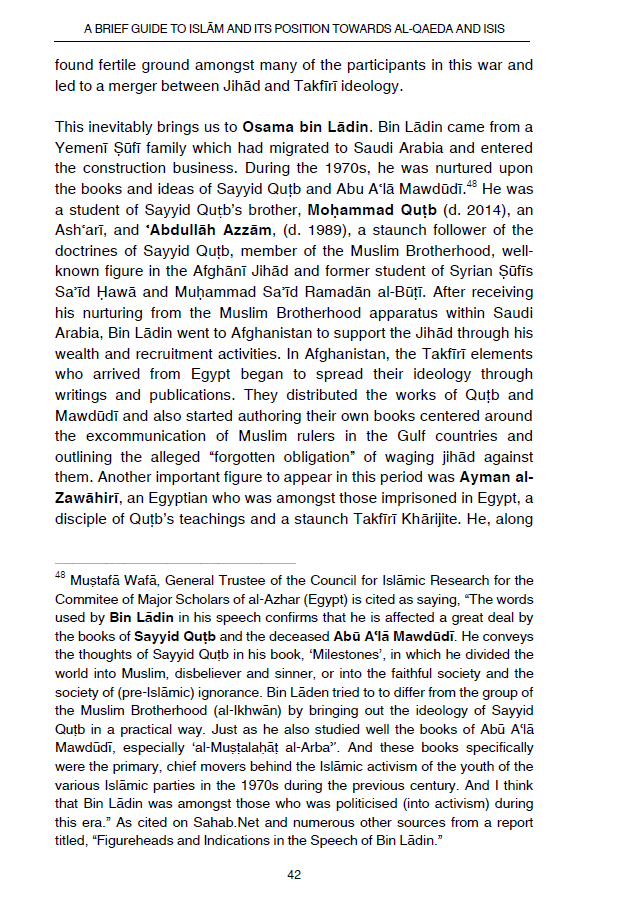