The gunman who killed at least 26 people and wounded 20 others has been identified by police only as a young white male, US media has named him as 26-year-old Devin Patrick Kelley. Excuses are already being made that he was a "deranged individual" with "lots of problems". An alternative narrative is that he was an Atheist preacher, motivated ideologically to massacre religious people. Not sure when and how often these terms will be used in major news reporting because "Koran", "Islam" and "Muslim" can't really be used here. 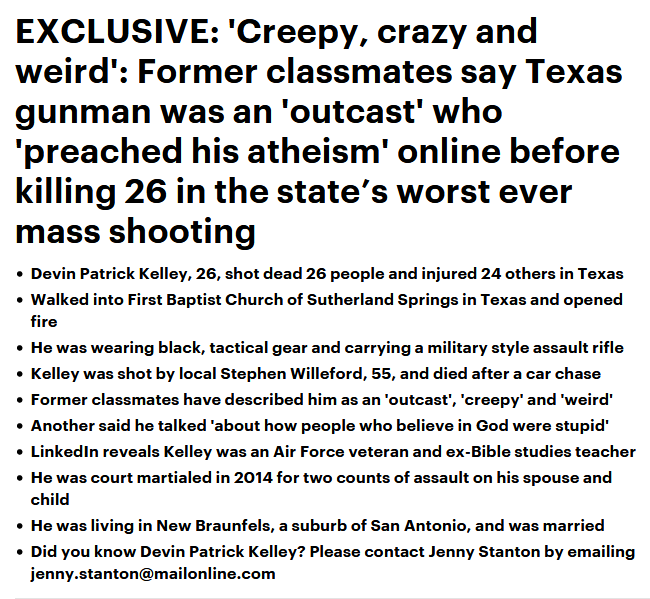 And an opinion posted on the Washington Times: