The Khārijites (see website) are extremists and terrorists whose appearance as an insurgent group and their continued plaguing of the Muslim nation was prophesied by the Prophet Muḥammad (صلى الله عليه وسلم). They excommunicated the leaders of the Muslims on the basis that they do not abide by justice nor apply all of Islām's laws. Upon this, they claimed that Islām no longer existed and can only be returned by toppling the rulers and taking power. They then categorised people and abodes on the basis of this doctrine founded upon ignorance and misguidance and began to slaughter Muslims who did not agree with their ideas and judgments. 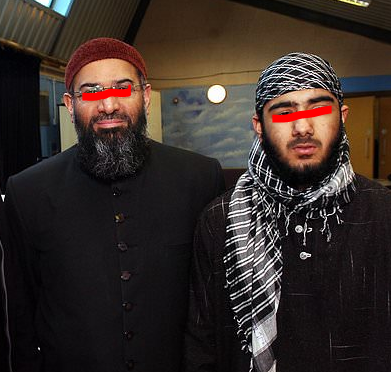 In the 20th century, aspects of this doctrine were fused with European revolutionary ideology leading to the emergence of groups such as the Muslim Brotherhood and Hizb al-Taḥrīr. From the 80's onwards, these ideologies began to appear in the West and affected two generations. The majority of the recruits for ISIS/Daesh across the world have come from this doctrinal background.

Stoke on Trent has been known historically as a hotbed of Hizb al-Taḥrīr and al-Muḥajiroun Khārijite extremists. Usman Khan is a follower of Anjem Choudary who in turn is a student of Omar Bakri, a charlatan who came to the UK in the 80s pretending to be a scholar. Thousands of sheep flocked around Bakri during the 1990s and the Salafis played an instrumental role in refuting and exposing their devious ideology through lectures, audio recordings, leaflets books and online publishing.

The act of Usman Khān, as it has been reported in media outlets, is from the greatest acts of treachery, diametrically opposed to the spirit of the teachings of Islām. This was a calculated act of treachery on his behalf and must be condemned without hesitation. Pretending to participate with other former prisoners, teachers and counsellors, but secretly plotting to kill people is a heinous crime.

As contemporary Muslim scholars have explained, there occurs in the story of al-Mughīrah bin Shuʿbah, whilst he was a non-Muslim polytheist, that he accompanied a group of polytheists on a journey to Syria and killed them, taking their wealth. When he came to the Prophet (صلى الله عليه وسلم), intending to accept Islām, he offered the wealth to him and told him of the story. The Prophet ((صلى الله عليه وسلم) said: "As for (your) Islām, we accept it, but as for the wealth, it is wealth taken by treachery and we do not have any need of it." This is because this wealth arose through treachery and Islām does not permit treachery in any situation whatsoever. Thus treachery and betrayal is not permissible, neither with the non-Muslims nor other than them. Destruction and chaos through this way (of using treachery) is not permissible because innocent women and children are killed. The enemies rejoice with this because it disfigures the picture of Islām and its people and it is used against Islām. So they give a picture of Islām that is blacker than the picture of corrupt religions, and this is the fruit of the actions of those people [the terrorists] upon Islām and the Muslims. Hence, it is upon the Muslims to be the striking example in truthfulness, lofty manners, fulfilment of trusts and to remain far away from these attributes of treachery, perfidy, deception, lying and taking life which does not benefit Islām but harms Islām. (Abridged from the cassette "Verdicts of the Scholars on Assassinations and Bombings", Tasjīlāt Minhāj al-Sunnah, Riyāḍ).

These people are as the Prophet of Islam described them, "young in age, foolish-minded", "dogs of hellfire".

To learn more about this evil ideology and those behind it, visit Kharijites.Com.