An interesting news piece on a US Patriot in Georgia, US, caught planting a bomb to blame Muslims. He left a Quran and some other items to make an Arab Muslim connection. Follow the links for additional resources, court documents and more information. Original source is here. 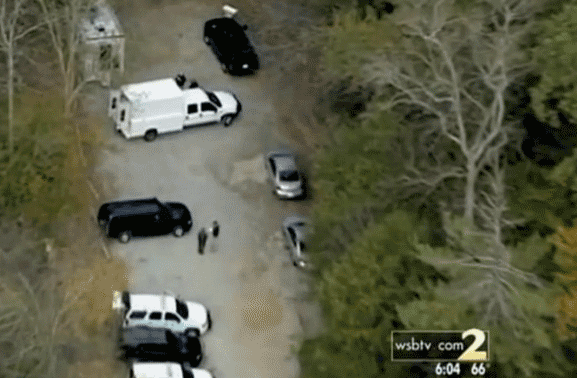 The Georgia man who planted a bomb was willing to see innocents die so that people would blame Muslims. And he called himself a 'patriot.'

I thought I had seen every imaginable way to stoke the flames of anti-Muslim bigotry in America. There have been countless people on Fox News, certain Republican elected officials, the professional bigots, and even some right-wing "Christian" leaders serving up hate in various ways.

But these people all pale in comparison to Michael Sibley. You see, Sibley wasn't content to just giving us the same old right-wing crap like Muslims wants to impose Islamic law so say goodbye to bacon cheeseburgers and whiskey and say hello to lamb kebobs and strong coffee served in small cups.

Nope, this self-described "patriot" planted a bomb at a national park in Georgia in the hopes that the public would think a Muslim did it. And yes, I know most haven't heard about this incident. There's not even a need to mention how different the media coverage would be have been if the bomber had actually been Muslim. I already detailed that scenario earlier this week in my article about a non-Muslim man that attacked federal officers at a U.S. airport with poison spray and a machete while carrying six homemade bombs in a duffel bag.

Sibley, who is 67 years old and lives in Roswell, Georgia, told FBI officers that he planted this bomb because in his view, "no one was paying attention to what was going on the world." Apparently as a "patriot" he was going to maim or even kill his fellow Americans to wake them up to the threat facing America.

And what is this "threat" Sibley speaks of? Well, it's pretty clear he's talking Muslims. You see, according to the federal complaint, Sibley put some Muslim memorabilia in the backpack along with two "improvised explosive devices" (IEDs) he crafted.

First, he placed a copy of the Quran in the backpack. (Apparently in Sibley's mind a radical Muslim would blow up the faith's holy book.) Plus he included a book titled "The Rape of Kuwait, which consists of the stories of people who suffered at the hands of Saddam Hussein when his forces invaded Kuwait in 1990.

Sibley also wrote the name "Mina Khodari" in the backpack as the owner. Why? Well, he told the FBI agents that the name sounded "foreign."? That's "foreign," the same code word used by Republican legislators when they mean "sharia law" in their legislation to ban Islamic law from being imposed in America. (They learned that if they try to ban "Islamic law" it will be struck down by the courts as being unconstitutional because it favors one religion over another, so they use "foreign" to mean Islamic law.)?

I'm almost certain Sibley knew that "Mina Khodari" was a Middle Eastern-sounding name. A quick Google search would tell you that "Mina" is a common Arabic first name and "Khodari" is a well-known name in Saudi Arabia. Considering Sibley told the FBI that he learned how to make the bomb from the Internet, it's not a stretch to think that he had the capacity to look up these names too.

Finally, Sibley added a map circling the Jewish Community Center of Atlanta and info for other "soft targets" like the Atlanta commuter train system. Apparently he believed these places would be likely targets of Muslim extremists.

He placed a copy of the Quran in the backpack. (Apparently in Sibley's mind a radical Muslim would blow up the faith's holy book.)

When I read about Sibley's "false flag" operation with which he hoped to blame Muslims for his terrorist act, my mouth literally fell open. I truly couldn't believe anyone would consider killing or injuring fellow Americans to cause a backlash versus Muslim Americans. It was like the bombings we see in the Middle East where some try to cause sectarian strife and inspire sectarian violence by strategically planting bombs.

Thankfully the bombs did not detonate. And Sibley was apprehended and arraigned Monday in federal court on charges that include an attempt to "damage or destroy" by means of an "explosive" property owned by the United States.

I reached out to the U.S. Attorney's Office in Northern District of Georgia that is handling the prosecution. I wanted to know if they had information about what caused Sibley to become radicalized.

Also, I wanted to know why he wasn't charged with terrorism. After all, under federal law, "domestic terrorism" is defined as acts "dangerous to human life" that violate federal or state laws and "appear to be intended" to influence government policies or?"intimidate or coerce a civilian population." Sibley arguably was using violence to change government policy (i.e. increased surveillance of American Muslims, or worse).

However, the spokesperson for the U.S. Attorney informed me that they couldn't comment while the case is pending. At some point though, I hope we discover what caused Sibley to become radicalized. This info may actually save some American lives.

I doubt most people are aware but over the past six years, "radical right wing" actors have committed an act of terrorism on "average every 34 days" in our country, per a recently released report by the Southern Poverty Law Center. We are talking ?from a bomb placed at a Planned Parenthood office in Wisconsin in 2012 to three people killed at a Jewish Community Center in Kansas in 2014 by a man entrenched in right-wing hate groups.

But these statistics mean little to those like Sibley who believe that America needs to "wake up" to the threat of Muslim violence, an expression I have seen on numerous anti-Muslim websites. My fear though is that with more Muslim bashing expected in the coming presidential election from some on the right, we may see even more Sibleys who would literally sacrifice other Americans to achieve their goal of inspiring anti-Muslim bigotry.