It is known through a careful analysis of early Islamic history that the Shiites and Kharijites have common origins. They arose out of the same circumstances. Today, the organisation of the Muslim Brotherhood provides an umbrella under which Shiites and Kharijites can combine in order to wage war against the people of tawhid and Sunnah and to foment revolutions and create sedition in their lands. This includes terrorism and bombing of innocent civilians, both Muslims and non-Muslims.

The item below is from a US Court document that was brought to our attention (may Allaah reward the sender) and it provides information that points to collaboration between Hasan al-Turabi (Ikhwani, leader of Sudan), Iran, Hezbollah and al-Qaeda (Bin Laden). In the 1998 embassy bombings in Dar al-Salaam, Tanzania and Nairobi, Kenya, 213 people were killed, both Muslims and non-Muslims. 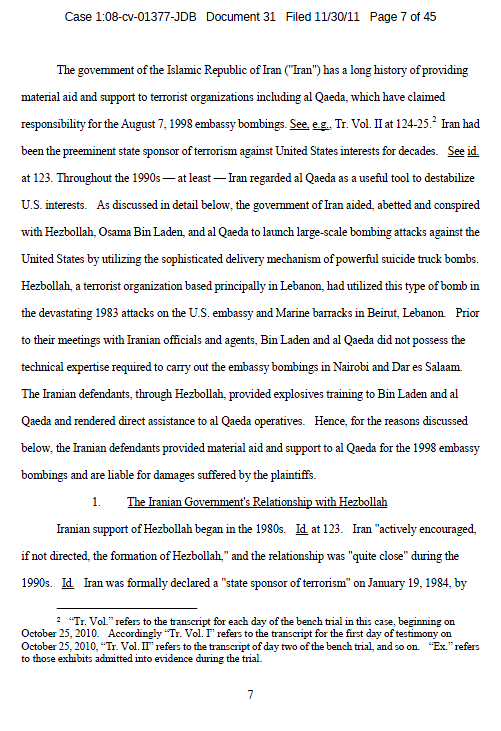