From the early to mid-1990s and over the next 20 years - picking up especially after the events of 11 September 2001 - there has been a steady, persistent stream of literature focused around the condemnation and refutation of the terrorist ideology. Academic battles raged in England between the extremists (those promoting the ideology of Sayyid Qutb and Taqi al-Din al-Nabahani [Hizb al-Tahrir]) and Salafis who saw these ideologies as deviant, extreme and the precursor to violent acts of terrorism. The former were led by deviants with a revolutionary mindset following the teachings of Sayyid Qutb, Abu A'laa Mawdudi and al-Nabahani and many had been given asylum in Britain. They include Omar Bakri, Abu Qatadah, Abu Hamzah, Faisal the Jamaican, Muhammad al-Mis'ari and others. It is these people, along with others such as Ali al-Timimi and JIMAS who were responsible for producing a generation of Muslims poisoned by the ideologies of the Muslim Brotherhood (al-Ikhwan), at the centre of which was the Kharijite terrorist ideology of Sayyid Qutb. Fierce battles were fought by those who value the Prophetic traditions against these extremist ideologies which combined between the deviation of the early Kharijites and European revolutionary ideologies. 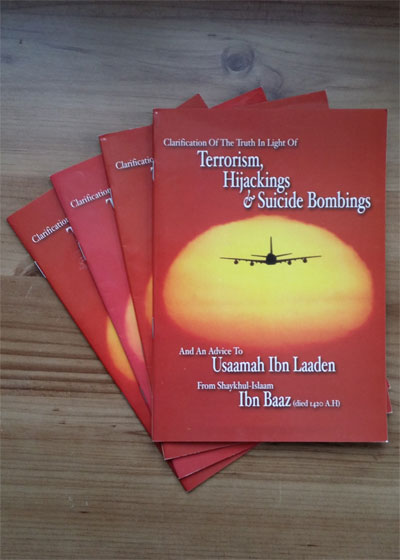 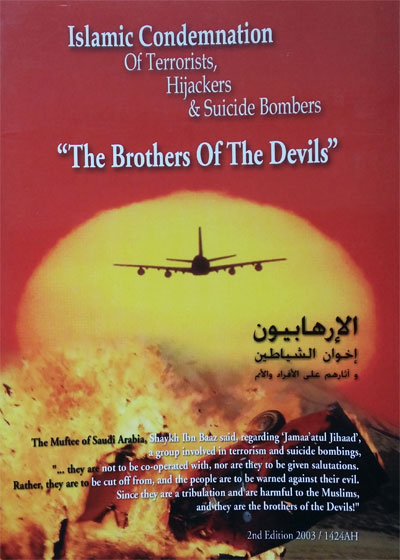 The above images are of a book that was produced in October 2001 with a second, updated and expanded edition in May 2003, by Salafi Publications, Birmingham UK. Consisting of 35 pages (2nd edition), the book contains Prophetic traditions that warn against the Kharijite terrorists (this group was prophesised by Prophet Muhammad, peace be upon him), the statements of political figures condemning the terrorists and religious verdicts from scholarly authorities on acts of terrorism in both Muslim and non-Muslim lands. The terrorist ideology of Osama Bin Ladin was also highlighted along with refutations against him by scholars such as Abd al-Aziz bin Baz. Verdicts were presented regarding suicide bombings, hijackings, blowing up cars and what is similar. And finally, advice to Muslims living in non-Muslim countries from the great scholar Muhammad bin Salih al-Uthaymin (which can be found here). The battle against this ideology was fought vehemently throughout the 1990s and 2000s and will be known to anyone who was present on the scene during those years.