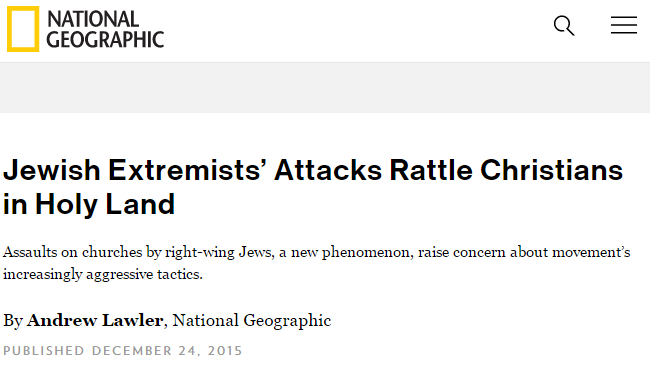 NAZARETH, ISRAEL - Father Matthias Karl hoped to begin rebuilding his shattered church complex on the shores of the Sea of Galilee after Christmas.

But following an arson attack six months ago that left one Catholic monk hospitalized and caused nearly $1.8 million in damage, the Israeli government, while strongly condemning the incident, has yet to provide promised financial compensation or put the two right-wing Jewish suspects on trial.

The June assault was the latest and most dramatic sign of tension between Christians in Israel and a growing movement of Jewish extremists who seek to cleanse their nation of religious minorities.

"The attacks have become more brutal and more aggressive," said Father Nikodemus Schnabel, a Benedictine monk at the Dormition Abbey on Mount Zion in Jerusalem that has been subject to several attacks. "And we have not been happy with the political response."

Taking a page from the Islamic group ISIS operating in neighboring Syria, a small group of young fundamentalist Jews influenced by radical religious leaders target Christian sites as centers of heretical idol worship and unwelcome missionary activity. In the past three years, a dozen churches and monasteries have been bombed, burned, or vandalized. Until the June firebombing, no one was charged in any of these incidents...

On the night of June 17, according to court documents, 20-year-old Yinon Reuveni and 19-year-old Yehuda Assraf left Jerusalem in a Subaru they had just bought in the West Bank, where they live in a Jewish settlement.

The two men stopped to buy gasoline at a filling station outside Tel Aviv, and arrived at the Church of the Multiplication along the Sea of Galilee that night.

The white stone church, built on top of a 5th-century sanctuary, commemorates the place where tradition says Jesus multiplied loaves and fishes to feed a large crowd. It features 6th century mosaics that are among the earliest Christian mosaics in Israel. Six monks and six nuns manage the complex that includes guest accommodations and is overseen by Dormition Abbey in Jerusalem.

Israeli officials say that the two men waited until three in the morning to pour and light gasoline at the entrance to the monastery and in the reception area for pilgrims. They also spray painted in red the Hebrew words from a Jewish prayer denouncing idols. 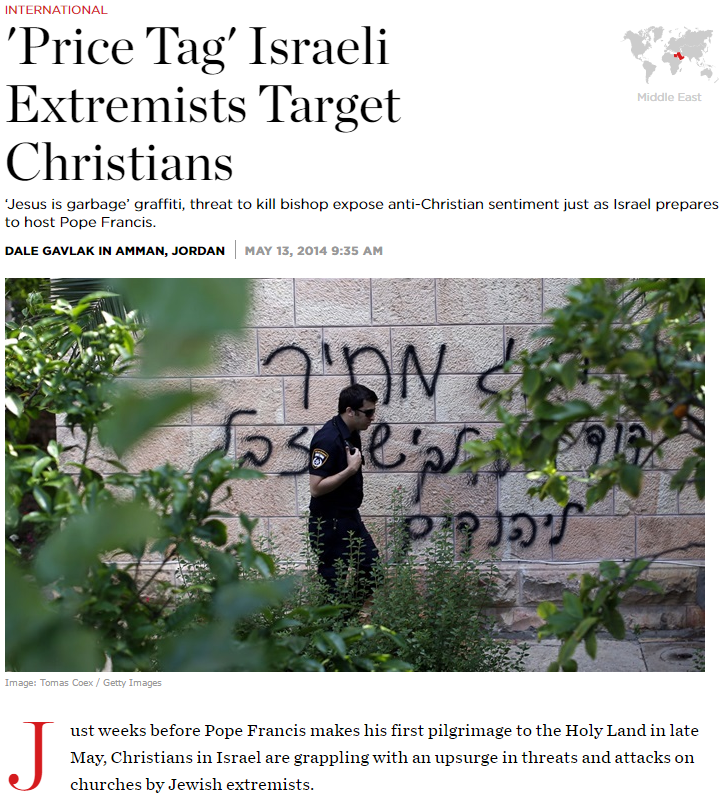 Last week, an assailant defaced the Notre Dame of Jerusalem Center, the local headquarters of the Roman Catholic Church, scribbling graffiti in Hebrew reading, "Death to Arabs and Christians and to everyone who hates Israel." This followed a letter received by a top Catholic official that threatened to kill him and other Catholic clergy in Israel.

Vandals also damaged a Romanian Orthodox Church in Jerusalem, spray-painting it with the words: "price tag," "Jesus is garbage," and "King David for the Jews." It was another of a wave of both anti-Christian and anti-Arab graffiti and vandalism that has swept through Israel in recent weeks.

The attacks are largely believed to be carried by Jewish extremists who are now almost daily defacing Christian and Muslim property and places of worship inside Israel and areas controlled by Palestinian authorities. The extremists say their graffiti and vandalism is the "price tag" for the government trying to restrain West Bank Jewish settlers.

The patriarch called the price-tag assaults acts of "terror." He accused the authorities of not doing enough to bring the perpetrators to justice, saying, "The actions are drawing only condemnation by Israeli leaders but few arrests."